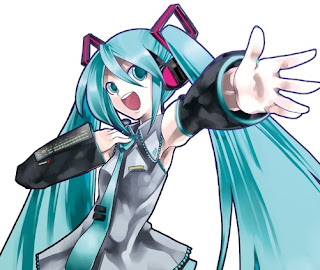 Hatsune Miku is a singing synthesizer application with a humanoid persona, developed by Crypton Future Media in Sapporo, Hokkaido. You can make original music by the synthetic sound if you input a melody and a text by this software.

Since release of 2007, music and animation made with this software spread explosively in YouTube. Hatsune Miku becomes a super famous virtual idol now. Hatsune Miku is also popular abroad. She appeared in CM of Toyota in U.S.A. in 2011 and attracted big attention.