Saint Seiya : Knights of the Zodiac 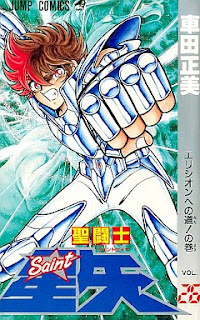 Saint Seiya : Knights of the Zodiac is a famous Japanese manga written and illustrated by Masami Kurumada. This story is based on Greek mythology. Mystical warriors called the "Saints" who fight wearing sacred armors named "Cloths". Both the original manga and the animation were very successful in various countries of the world.

A long, long time ago, there were warriors who guarded goddess Athena and fought with her. They were called "Saints of Athena." In modern times, Seiya, Shiryū, Hyōga, Shun and Ikki, five Bronze Saints fight together and grow up.