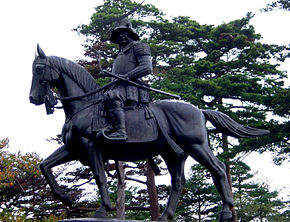 Prefectural capital:Sendai City
In Miyagi Prefecture, there are femous fishing ports such as Kesennuma fishing port, Ishinomaki fishing port and Shiogama fishing port. And, Matsushima known as one of the Three Views of Japan is also very famous. In addition, there are many ski resorts and hot springs, are popular from tourists. 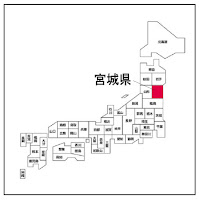 Miyagi Prefecture's sights are concentrated in Sendai City. Sendai City is the largest city in the Tōhoku region. Sendai beef tongue grilled is famous, there ara specialty restaurant in place throughout Sendai.

In addition, Aoba Castle is particularly popular. This castle was the home of the Date clan who ruled this whole area in the Edo period. The equestrian statue of Sendai Domain founder lord, Date Masamune is built here. Date Masamune was one of the most famous samurais in Japanese History. Through August 6 to 8 “Sendai Tanabata Festival” is held. Many tourists visit from various places.