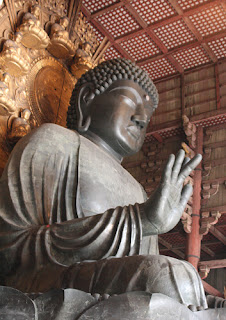 Prefectural capital:Nara City
Ancient capital of Japan was built on the land of Nara, namely Heijō-kyō (710–784). This time is called the Nara period. From this historical background, there are many cultural heritage in Nara Prefecture. Especially you should visit the Tōdai-ji which is known for Nara Daibutsu (Vairocana). This Daibutsu was built by the instruction of Emperor Shomu, it’s very powerful. Tōdai-ji is a listed UNESCO World Heritage Site as one of the “Historic Monuments of Ancient Nara”.

The treasure house “Shōsō-in” that belongs to Tōdai-ji is very important. Shōsō-in holds around 9,000 items such as clothing, furniture, musical instruments, toys and weapons. There are also variety of items originating from Tang China and Persia. Therefore, Shōsō-in is referred to as the end point of the Silk Road. Although these collections are not open to the public, selections fairly infrequently are shown at museum. 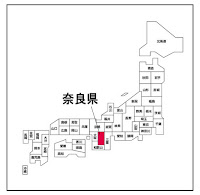