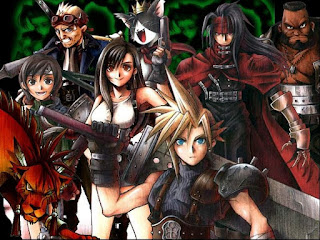 Final Fantasy VII is a role-playing video game developed and published by Square Enix for the PlayStation platform. Released in 1997, is the seventh installment in the Final Fantasy series and the game is the first in the series to use 3D computer graphics.

Final Fantasy VII follows protagonist Cloud Strife, a mercenary who initially joins the eco-terrorist rebel organization to stop the world-controlling megacorporation Shinra from draining the life of the planet for use as an energy source.

This game is very popular and stands out among other Final Fantasy series. Various titles have been released. A high definition Final Fantasy VII remake was announced at The Electronic Entertainment Expo 2015 for the PlayStation 4, with other platforms to follow.


When you want to got into high spirits, should listen to this music!
“Those Who Fight Further” composed by Nobuo Uematsu.