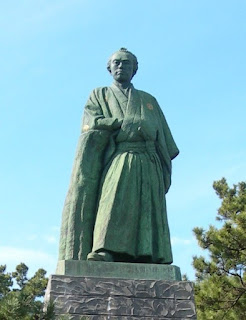 Prefectural capital:Kōchi City
In Edo Period, Kōchi Prefecture was called Tosa domain. The domain was founded by Yamauchi clan. In Bakumatsu (the final years of the Edo period) an important person in Japanese history, Sakamoto Ryōma appeared. Although his family was goshi which was the lowest rank in the samurai hierarchy, Ryōma got a chance to practice in Edo because of excellent Kenjutsu skill. When he had lived in Edo, he had seen Western powers threat and advanced Western civilization. After he threw himself into the movement to overthrow the Tokugawa shogunate. He accomplished the negotiation of peace between Chōshū and Satsuma, two powerful domains that had long been hostile to each other. And he played a crucial role in Taisei Hokan that led to the voluntary resignation of the Shogun Tokugawa Yoshinobu, thus bringing about the Meiji Restoration. But he was assassinated by someone without greeting the Meiji period.

Ryōma’s upheaval life has been taken up many times by novels, TV dramas and movies. That’s why he has been loved by many Japanese people. When you travel to Kochi Prefecture, should visit Sakamoto Ryōma Memorial Museum. 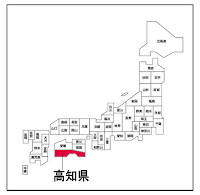