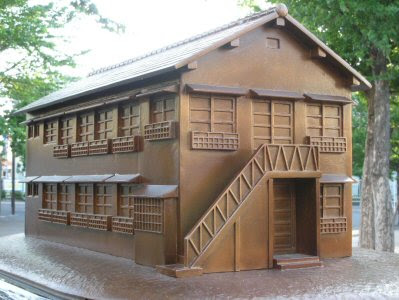 Although Tezuka moved out Tokiwa-sō after about one year, young manga artists improved themselves through friendly rivalry. Residents included Fujiko F. Fujio (Hiroshi Fujimoto), Fujiko Fujio A（Motoo Abiko), Shotaro Ishinomori, Fujio Akatsuka and so on. After that they had led Japanese manga industry. Tokiwa-sō was certainly the sacred ground of Japanese manga.
Unfortunately, Tokiwa-sō was demolished because of aging in 1982. However, in order to pass down the significance of Tokiwa-sō to future generations, it was planned that the local residents played a central role in the restoration. The two-storied wooden apartment was restored and opened as a museum in 2020. In addition to exhibiting valuable materials, the interior of the tatami room, shared kitchen and toilet has been restored in detail, and you can learn about the Japanese lifestyle of the past.
See also
*Japanese
*Chinese
*List of Japanese subculture
時刻: 9:13