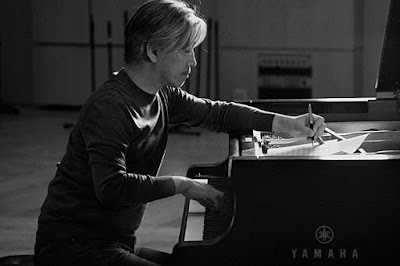 Ryuichi Sakamoto is a Japanese musician, composer and record producer. He began his career in the 1970s, first gaining major success as a member of electronic music group Yellow Magic Orchestra (YMO).

He concurrently pursued a solo career. He has collaborated with many international artists, in different genres ranging from electronic to classical and world music. He composed music for the 1992 Barcelona Olympics opening ceremony. His most successful work as a film composer was The Last Emperor (1987), he has won an Academy, Grammy, and Golden Globe Awards. YMO contributed to the development of synthpop, techno, game music and contemporary J-pop. They achieved national and international success until the breakup (Sankai) in 1983.