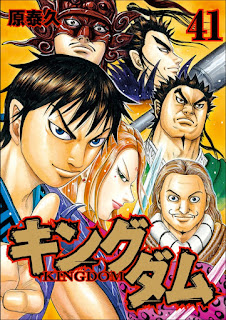 Kingdom is a Japanese manga series written and illustrated by Yasuhisa Hara. There are also many Japanese mangas based on historical fact in other countries, for example, The Rose of Versailles based on French history. This story set in the Warring States period in ancient Chinese history.

The protagonist of the story, Xin is a boy in the state of Qin. He lost parents because of the war, and fell as a household slave. Even then, he aims to become the “World’s Greatest General”, trains hard every day.